In a small borough of Pittsburgh Pennsylvania, a community swirls with rumors about Donna, a nurse who may or may not have taken part in a sinister act many years ago. Her questionable past leads a few women in town to solicit her help. A twisted comedy about four women grappling with grief, friendship, and an open secret.

Every coffee shop/bakery has it's regular customers.  They come in every day, order the same thing, sit in the same place.  But no one sticks around forever.  This slice of life film examines what it means to be "a regular" with a supernatural twist. 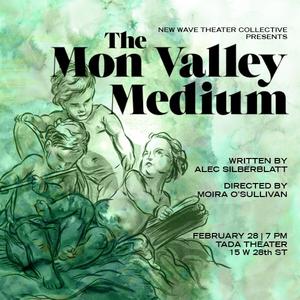 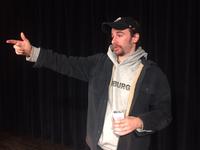 When Lou brings an urn containing his recently deceased wife's ashes into the local bar instead of scattering them in the river as she wanted, questions are raised.  When he says his dead wife visited him, and she told him she didn't want to go in the river, hijinks ensue.  Mike and Ken come up with a heist to steal the ashes from the old man, but nothing goes as planned.  A supernatural, thriller heist about letting go of the ones you love the most. 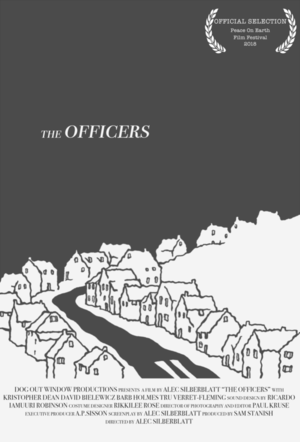 ​​When the help of a medium is sought out to solve a murder, and the victim speaks from the dead, a community descends into chaos.  A local Pittsburgh man struggles with guilt and must choose between revenge and redemption.  A darkly comedic murder mystery set in a neighborhood nestled in the hills of the Mon Valley. 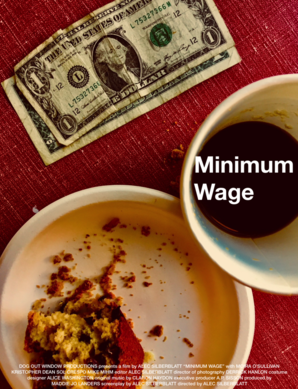 Lana has a date tonight.  It's her first date ever and she wants her aunt Meg to do her hair and her mom, Cindy, to let her stay out real late.  The only problem is her date, Danny, is missing.  He didn't come home last night.  And this morning, a human hand was found in the river.  Body parts are washing up and time keeps moving forward.  Will Danny show up for his date?  Was it all a joke?  Is Danny cut up in the river?  A story about growing up, getting old, and dealing with life.

​Derrick and Ray are two plainclothes cops in Pittsburgh, PA. After an incident of violence, follow the two of them through the American legal system. Inspired by true events, this film takes an unflinching look at justice served in a country plagued by police brutality.

Loosely based on the takeover of the Malheur National Wildlife Refuge back in 2016, this darkly comedic look at white privilege, the constitution, gun violence, and what it means to be American is supercharged with red, white and blue (emphasis on the red).  When young Jimmy joins up with a group of American terrorists in snowy Oregon and his gun goes off, he sets in motion nothing short than a constitutional crisis. 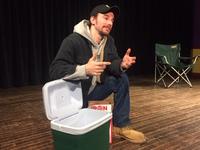 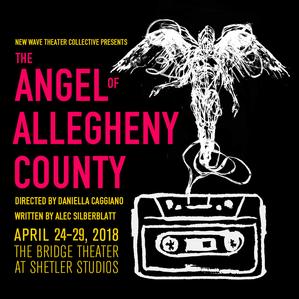 Karen's been working at the same bakery for five years. She's a supervisor, which means she handles customer complaints, she's in charge of the money, and she knows the code to the safe in the office. Collin fancies himself a card shark and knows a guy who hosts a weekly poker game. These two decide to gamble with the bakery's money to make some fast cash and break up the monotony of every day.

The deal that dan made

Dan met a man in the bar last night who told him he could bring his recently deceased wife back to life.  Dan shook the man's hand.  Will she come back from the dead?

If you're interesting in commissioning a play or screenplay, please CONTACT ME.